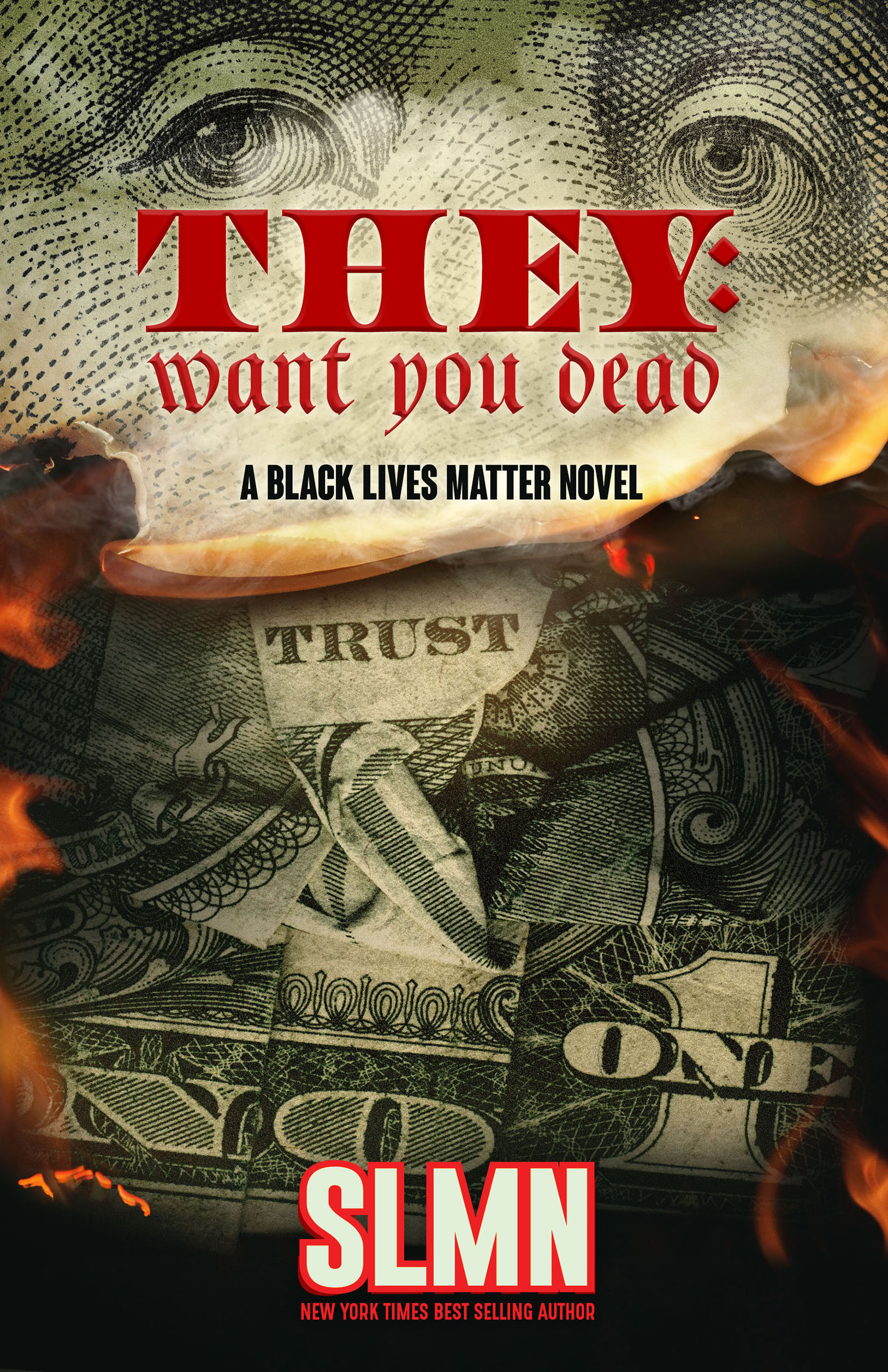 THEY:
Want You Dead
An Illuminati Novel

Teen sensation Melissa Jones is dragged into a world of conspiracy and violence when her boyfriend is shot dead by police. Melissa joins forces with unlikely allies in a desperate search to uncover the shocking truth behind his murder. Her unlikely allies include a newly-elected Senator who refuses to be compromised by a wealthy donor, a conspiracy theorist who believes the worst of all enemies has infiltrated the corridors of power, and a Black Lives Matter leader who seeks justice for her brother’s murder.

Together, the four of them share a common enemy, magnate Lionel Granger, who will stop at nothing to protect the secrets of the Illuminati. First blood has been spilled. More will flow. This is what happens when they want you dead.

SLMN is a writing duo made up of two unique talents. In one life he has fought injustice wherever he has seen it, spending several years in developing nations helping those who couldn’t for whatever reason help themselves. He worked on projects to bring fresh water to areas without it, to provide sex and health education and secure vital aid in war torn regions. He has served on peace keeping forces, campaigned against the deployment of landmines and in the last decade devoted his life to ecological issues, most notably combating the illegal trade in endangered species. He has witnessed atrocities no man should ever see, and glimpsed the secret inner workings of the world run by the rich and powerful making him enemies of some of the most dangerous men in the world. Never once has he walked away from a fight. In another life SLMN has produced a number of movies and is both a New York Times and USA Today Bestselling Author.

”Frighteningly realistic...With fast-paced action....a fun and exciting read with a wide appeal perfect for fans of complex series heroes like Jack Reacher and Joe Ledger, with a dash of Dan Brown sensibility.

”Does fiction get much darker ... Deliberate and creepy, this taps into genuine human traits like fear, greed, and stupidity.

”Any readers who have been fans of Dan Brown's conspiracies will enjoy.